In 1896, Johannes Håkans, a farmer from Strandas, established a small steam sawmill. The sawmill’s production was modest at first and mainly consisted of sawing timber in order to build houses.  However, tragedy struck in 1897 when the mill burnt down, believed to be the work of an arsonist.

What was left of the burnt sawmill & property were sold and Johannes emigrated to the USA.  It was during this time that the steam sawmill was put back into operation and it even expanded to incorporate a forage and planning mill. Johannes returned to Finland and in 1905 he bought back the mill. The company was registered as a limited company in 1910 and during the next 5 years the first tugs, Leo and Tor, were purchased and were used for shipping timber to the mill.

In the 1920s, Johannes’s son, Alfons Håkans, joined the family business. More tugs and pontoons were purchased, among them Kraft and Hurtig (built 1920-21) to name but a few. As a tribute to the early years of the company, several old names are still in use on the modern tugs.

Hard times struck again in the 1920s with two devastating fires at the sawmill in addition to the world-wide recession that lasted from 1929 until 1932.  However, the company made progress as well, one example being the successful salvage of the Greek 10,000tdw steamship ‘Diamantis’ in 1929. The salvage took place off the rocks of Norrskär Island, just outside the Port of Vaasa and Alfons worked as a diver during the salvage.

Alfons Håkans became the managing director in 1934 as part of an ownership transfer. Within 2 years the company had managed to turn the tables and production continued to increase steadily – even throughout World War 2.

In 1945, Alfons Håkans established a new company under his own name and the first tug in the fleet was ‘Fakir’. In 1956 the tug ‘Fart’ was taken over from the town of Vaasa and refitted with diesel engines in 1960.  From 1945 until 1960, Alfons Håkans got involved in more than 30 salvages, including the rescue operations of Gustaf Erikson’s ‘M/V Bergö’ and Henry Nielsen’s ‘M/V Panu’. In 1961 the company moved its entire operations and headquarters to Turku – further establishing its reputation as a reliable and stable company.

In 1974, Alfons’ son Stefan Håkans joined the family business and introduced T/B Simson to the market. Unfortunately, the unlucky tugboat was lost in the waters Utö Island in 1978, but thankfully there was no loss of life.  Soon after, T/B Kraft (ex-Kone) was acquired, raising the company’s profile, especially within the forest & barge operation industry. Offshore towages also became a part of daily operations and 4 more tugs – Triton, Fram, Fakir & Hurtig – were purchased in the 1980’s.

Icebreaking services were privatised in 1985 and this process was completed by 1989, apart from the ports of Kemi & Oulu. In 1988 Alfons Håkans took over EFFOA owned ‘Hangon Hinaus Ltd’ as well as buying 4 additional tugs from a bank which was handling an insolvency case.

During the same year, Stefan Håkans established a subsidiary company ‘Finntugs Ltd’ in co-operation with Mr A. Murto and the ports of Kotka & Hamina. Over the next 12 months the company experienced rapid expansion and consequently restructured its ownership. Stefan Håkans and his family became the sole owners of Alfons Håkans. In 1991, Alfons Håkans purchased the Helsinki based S & H Satamahinaus and its two T/B’s, Harald & Hamlet. Restructuring was necessary once again on the operations side during 1991-92. As a result of this the T/B’s Herakles & Hermes were refitted as pushers and charter contracts were established with Rautaruukki Ltd & Finncarriers Ltd.

In 1996, Alfons Håkans expanded its operations to the offshore market and ‘Zeus’, a medium-sized anchor handling tug, was built for this purpose. It was engaged in offshore operations in the southern parts of the North Sea. Further expansion towards the end of the late 1990s resulted in additional acquisitions, e.g. the pusher ‘Mercurius’ and Suomen Merisukellus Ltd with their 5 tugboats as part of the deal.

Alfons Håkans Group continues to operate today as a family business with Joakim Håkans at the wheel. The company and its owners take pride in providing reliable services to the customers. Alfons Håkans fleet currently consists of more than 40 modern tugs and we also manage a fleet of barges.

To secure the safety and functionality of Finnish foreign trade even with its changing demands, Alfons Håkans has complemented its fleet with an ASD tug Pallas. Pallas was bought in December 2018 and will strengthen the fleet in the area of Gulf of Finland. 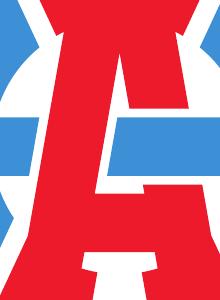 These new buildings are the first icebreaking escort tugs made for a private actor to arrive in Finland. The design project combines the vast experience of Alfons Håkans and Robert Allan Ltd to deliver two state-of-the-art vessels, which will be matching and exceeding the region’s top tugs in the areas of icebreaking, escorting and assistance operations. The two new Alfons Håkans tugs will be delivered to Finland in the summer of 2020 and they will strengthen the fleet in the Northern Baltic Sea. This fleet reflects the solid position of Alfons Håkans Group as one of the leading towage and salvage companies in the Baltic.