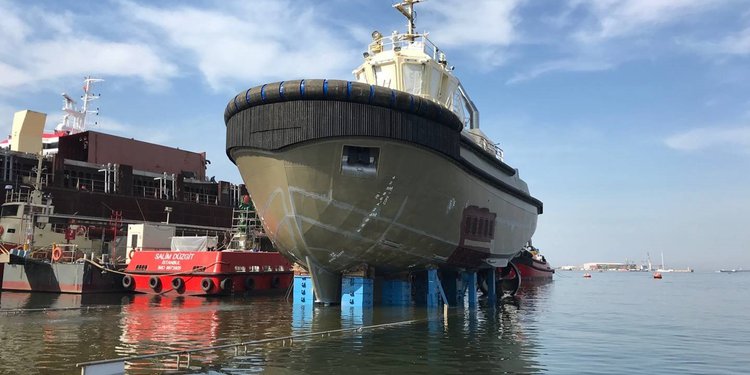 PKL Flote, a member of the Alfons Håkans group, is strengthening its fleet with a new ASD tug. The tug, like Alfons Håkans’ two other new-buildings as well, is designed by Robert Allan Ltd. and build at Sanmar shipyard in Turkey. The tug is now launched for final installations and sea trials after which it will be finished at Sanmar and sailed to Latvia.

PKL Flote is specialized in harbor and sea towage in the Latvian ports of Riga and Ventspils. At the moment PKL Flote operates with six ASD tugs. The seventh tug will strengthen company’s fleet firstly in Ventspils ports.