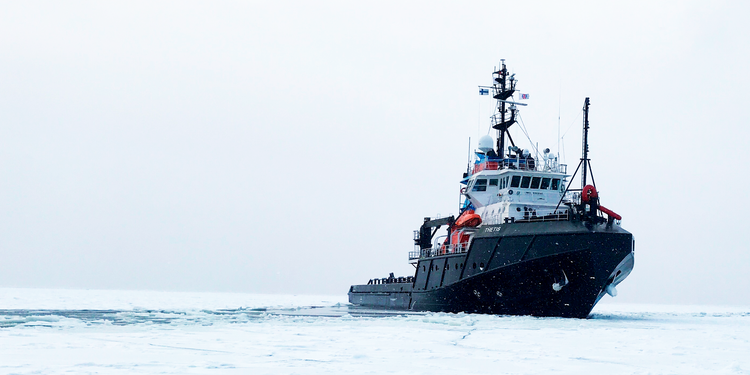 Alfons Håkans’ two icebreakers, Thetis and Zeus, have finished their icebreaking season. Their active operating started already in January but all in all winter was quite temperate. Only in the Bay of Bothnia ice conditions became more severe.

Both Zeus and Thetis successfully operated a long and undisturbed icebreaking season, assisting merchant vessels in Bothnian Sea, Kvarken, Bay of Bothnia and even on eastern Gulf of Finland.

-We a proud of our vessels’ performance and their committed crew. Increased length of utilization tells also that our work is valued and supports Finnish and Swedish winter navigation well, captain Jarkko Toivola tells.

Thetis has just completed its season and has returned to Turku for normal maintenance. Zeus finished its icebreaking missions in the beginning of April and is now at North Sea for offshore operations.