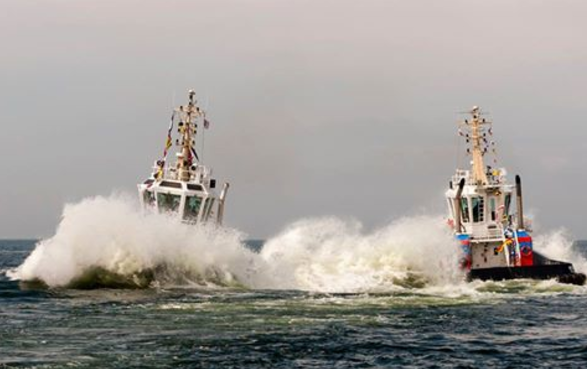 We have been providing our port operations for 25 years in Estonia and the Baltics. This anniversary is more about the future than the past. Our objective is to strengthen our position in the northern Baltic region.

It all started in 1992. In May, the tug company PKL started to provide towing services in Estonia. PKL also offered passenger transportation, bunkering, bilge water collection and craning services. Over 360 harbor fleet employees were hired to carry out this work.

From that on the company, and the fleet, grew and expanded. Over years PKL concentrated on tugboat services and became the biggest harbor towage provider in Estonia and Latvia.

In the year 2013 PKL became a part of Alfons Håkans, and at the same time Alfons Håkans became the biggest tug company in the Baltic Sea Reagion. Alfons Håkans has got its Head Office in Tallinn.

– We have now finished an active phase of expansion, and because of that got a bigger market. We will continue improving our harbor towing
operations, services and our fleet, says the Commercial Manager Deniss Lazarevs.

The core business is going to be tugs and towage, but Lazarevs stresses that the company is also actively seeking new business opportunities such as pollution recovery, ice breaking, and passenger transportation.

The Managing Director Joakim Håkans is pleased with the way the company is developing.

– The integration of the Finnish and Estonian operations has gone far better than expected, both in economic and every day terms. We will stick to the
core business we master, but we will not just sit and watch the world change. We will be an active part in the change of shipping. We seek business
opportunities that are natural for us, since this company is in great shape, Håkans says.

The anniversary celebration will be held in Tallinn on May 31.